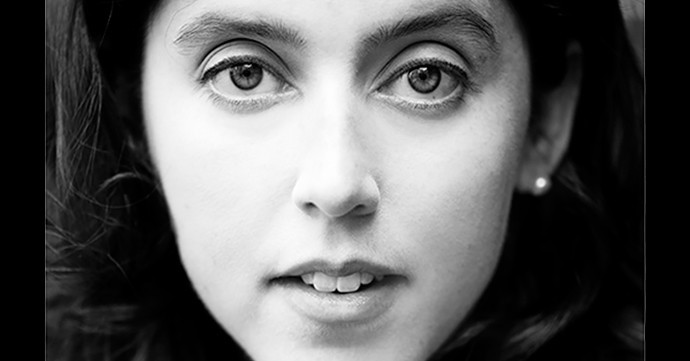 She never would have expected that the first camera she bought would play such a huge role in their career. Yet, for a period of three years, one-person crew Alison Klayman held it up to renowned Chinese artist and activist Ai Weiwei, having unprecedented access to his life and work which resulted in her debut documentary AI WEIWEI: NEVER SORRY. The award-winning film and our November pick proved relevant to people around the world. It is a lesson in not accepting so-called truths, about encouraging dialogue and the freedom to express ourselves. We gave Alison the opportunity to do the latter in our interview with her.

I love being able to explore the world through a multitude of experiences and points of view, and creating work that can make faraway and disparate places and perspectives feel closer. I fully believe in the notion put forward by Roger Ebert that films are machines that generate empathy.

What is your own history? Is there a red thread that has followed you throughout your career as a documentary filmmaker and in other pursuits?

I think my Jewish education and family background have always underscored the importance of memory, of critical thinking and inquiry, and pursuing justice. To me these are essential aspects of documentary filmmaking. So many of my other pursuits over the years have helped me along my path of documentary filmmaking: years working in radio taught me storytelling, interview skills and the importance of a journalistic approach to my work; 12+ years of classical piano training gave me a sensitivity to the rhythm of film editing, a love for scoring and sound design, and most of all impressed upon me the importance of discipline in a craft. The joy I get from traveling and learning languages is represented in my work, too.

You were living in China when you came across Ai Weiwei and his work. How did that happen and at what point did you decide to make a film about him?

I moved to China after graduating from college in 2006, and began freelancing in whatever jobs I could get related to film and radio. In 2008 my roommate in Beijing, Stephanie Tung, was curating an exhibition of Ai Weiwei’s photographs for a local gallery, Three Shadows Photography Art Centre. Stephanie asked if I wanted to make a video to accompany that show, and that December I spent several weeks filming the curating process, following her to Ai Weiwei’s studio every day. The first time I met Weiwei I had my camera in-hand, already rolling. By the second day I was already asking him questions about politics, personal safety and artistic purpose. I shot 20 hours that I edited down to a 20-minute video for the gallery, primarily focused on his time in New York (since the show was his New York photographs). But I had so many more questions and wanted to continue spending time with him. I wanted to know more about who Ai Weiwei really was, what motivates his art and activism, and I thought that audiences around the world would learn something new about China by being introduced to him.

Ai Weiwei: Never Sorry is an intimate portray of an exceptionally inspiring and creative character. How has working with Ai and making this film influenced you?

I feel very lucky to have spent so much time with him because it absolutely influenced me as a young filmmaker, and my recent project on the 100-year-old geometric painter Carmen Herrera (The 100 Years Show) gave me another chance to spend time with an artist and be shaped by their persistence, inspirational story and creative vision. I think my time with Ai Weiwei and experience making Never Sorry helped me know I wanted to dedicate my life to making films that have an impact, that audiences will react to, and that I hope make more space in the world for the voices of others.

Shooting a documentary about an activist in a country where free speech is often being restrained – that sounds like the definition of “challenge”. What kinds of obstacles were put in your way?

My first priority was to ensure that my presence did not put anyone around me at increased risk. I was filming Ai Weiwei and many other savvy and courageous Chinese citizen-activists who were working with him. Often they would be tweeting the events I was documenting in real-time, and sometimes filming for their own documentary projects as well. But my presence as a foreigner with a camera had the possibility of changing the dynamic of any situation, so I completely took my cues from Ai Weiwei and others about whether it was appropriate for me to be filming next to them, or filming from the car, or not at all. Later when it became clear that the film would reach massive global audiences (it certainly wasn’t clear to us while I was filming) the significance of my responsibility in the edit only deepened.

My hope is for people to appreciate the power of their own voice, and that Ai Weiwei’s example might help them find courage to be creative and express themselves on whatever is most important in their own lives and communities. I also hoped that audiences would feel a bit more connected to China on a human level, and become more familiar with Ai Weiwei’s own work and life, through the film. I think that is happening more and more thanks to the film’s phenomenal reach…and it’s so great that audiences have so many opportunities to see Weiwei’s work in person, at new exhibitions like the Royal Academy in London or Alcatraz in San Francisco last year. The fact that he’s free to travel now also opens up new ways for people to connect with him after seeing the film.

My list would be so long! Here are just a few of my favorites:

AI WEIWEI: NEVER SORRY is Influence Film Club’s featured film for November. Each month Influence Film Club hand-picks one of our favorite docs as our club’s featured film to watch and discuss together.  Throughout the month, starting with our newsletter and continuing on our website and social media we will extend the conversation by exploring the various issues touched on in the film, providing filmmaker interviews, suggesting ways to Influence, and discussing documentaries in general – because after all, We Love Docs.