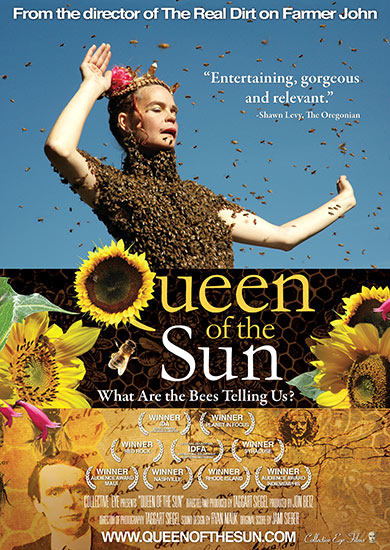 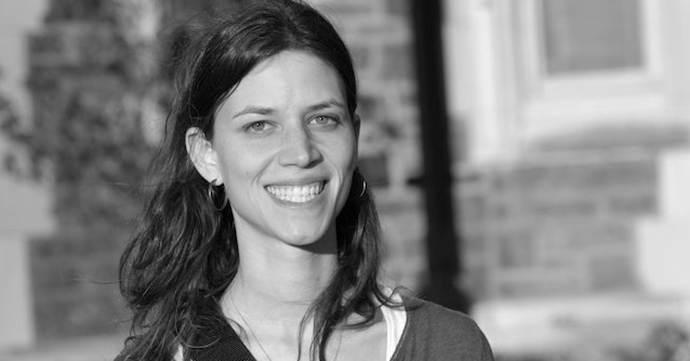 Who doesn’t love a good laugh? We certainly do, especially when it’s in support of a good cause—like speaking up against those who abuse their positions of power. Sara Taksler’s documentary TICKLING GIANTS dares us to do just that, to use our words and voices against those power abusers in the way that Egyptian surgeon-turned-comedian Bassem Youssef did. We caught up with Sara to ask her more about her film and the power of sarcasm. And she did not disappoint!

I’ve always been intrigued by true stories. I like the idea of finding stories and characters that would make a good movie even if they were made up, and having the added excitement of telling a true story.

I seem to be drawn to stories that mix comedy with social justice. My first feature film, with my co-director and friend, Naomi Greenfield, was called TWISTED: A Balloonamentary. That movie focused on eight people who went to balloon twisting conventions. One woman used balloon money to get off welfare and go to college, one man found religion through balloons. I love finding unique stories and looking for fun ways to tell them.

While TICKLING GIANTS is specifically set in Egypt following the Arab Spring, what ways do you hope broader audiences will relate to the story? How have audiences reacted to the film and have you been surprised in any way by the film’s reception?

To me, the movie happens to take place in Egypt, but it is really about finding non-violent creative ways to express yourself when you see an abuse of power. Bassem and his team could have tried beating people up and killing to have their voices heard, as many others did. But instead, they told jokes. And I believe their opinions were so much louder and more articulate because of this choice. We all see abuses of power every day.

And that seems to be only becoming more common. There are no geographic boundaries on that. In fact, to my surprise, here in America, I’ve been pleased by how broad the audience has been. Liberals, conservatives, libertarians… After our first screening, someone working with Ted Cruz reached out to express support. Lots of people, all over the political aisle are worried about free speech. And many people are worried about the abuses of power they see.

“Are you brave enough to tell a joke?” is the question that serves as the film’s tagline. You’ve spoken about the importance of laughing when things go wrong or are difficult, perhaps as a way to process and deal with these times. Has humor and laughter helped you be brave in some way in your own life or career?

I’ve probably made a smart-ass comment every single time I’ve been uncomfortable or nervous. It’s how I process things. I think if you went through every atrocity in human history, there was a joker in the back whispering something entirely inappropriate, making others laugh. When I’m scared, I feel freaked out, look around to access the situation, and then say something sarcastic.

After seeing a documentary, many people are eager to take action or apply what they’ve learned to their own life. Is there something specific you would like viewers to do or a conversation you would like them to have after watching TICKLING GIANTS?

I would love for people to find their own creative, non-violent ways to express themselves when they see abuses of power. It would be great if people shared them, to inspire others, with the hashtag #TicklingGiants. Also, as it just happened to work out, this film is coming out in America at a time when there is a lot of talk about a “Muslim Ban.” The people in this film (and some of the people who made this film) are examples of the kinds of smart, funny, ordinary people who needed to leave their country because it wasn’t safe for them to be themselves there. I would love if people think about Bassem as an example of the kind of person we’re discussing when we talk about a “Muslim Ban.”

The Uncondemned (Just sat next to the subject of this film on a plane to a festival! Talk to your neighbors, folks.)

The Act of Killing (such a wonderfully done story)

The War Room (One of the first documentaries I ever watched. It got me interested in filmmaking)

TWISTED: A Balloonamentary (Sure, it’s one of mine, but you haven’t seen it, right?)

TICKLING GIANTS is Influence Film Club’s featured film for June 2017. Each month Influence Film Club hand-picks one of our favorite docs as our club’s featured film to watch and discuss together.  Throughout the month, starting with our newsletter and continuing on our website and social media, we will extend the conversation by exploring the various issues touched on in the film, providing filmmaker interviews, suggesting ways to influence, and discussing documentaries in general—because after all, We Love Docs.