The Act of Killing

THE ACT OF KILLING follows former Indonesian death squad leaders as they are challenged to re-enact the real-life mass killings in the cinematic genres of their choice, from classic Hollywood crime scenarios to lavish musical numbers. 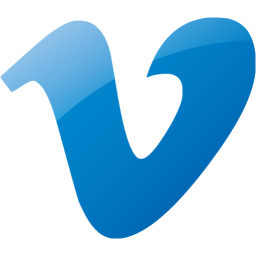 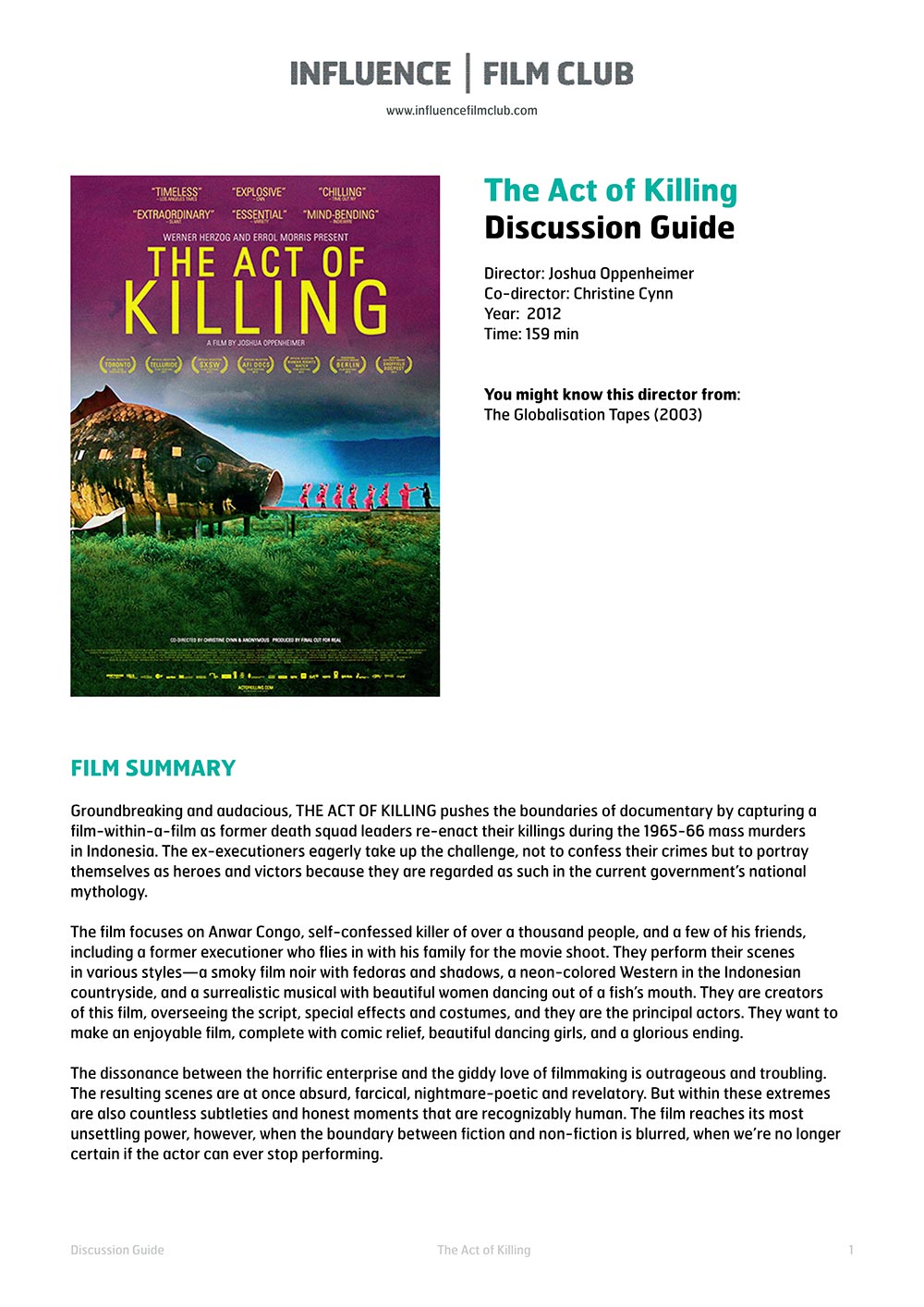 Share this film. Give others a chance to experience this powerful documentary.

Support Joshua Oppenheimer’s second film on the 1965 Indonesian genocide: THE LOOK OF SILENCE,  and sign the petition telling the U.S. Senate to acknowledge the 1965-66 mass killings and support peace in Indonesia.

Buy the memoirs and published testimonies of survivors and relatives of victims. Support the publishers and NGOs who seek to gather more testimonies and protect those who fear about speaking out.

Watch the Globalization Tapes online and share it with others. It’s a film made by workers for workers, through a collaboration between the Independent Plantation Workers’ Union of Sumatra (Indonesia), the International Union of Food and Agricultural Workers (IUF), and Vision Machine Film Project.

DOCUMENTARY IS NOT A GENRE
A set of films that explores the six academic styles of cinematic non-fiction.

South China Morning News: Discussions of the 1965 killing led to talks of Indonesia’s 1998 anti-Chinese riots, during which thousands of ethnic Chinese were killed and hundreds of women were gang-raped.

“I then started to think about whether the things that had happened in Rwanda, Bosnia, Cambodia, and Germany, where history has determined that they were wrong, what if those situations were the exception rather than the rule? As Adi points out in the film, has anyone has ever been held to account for what happened to the Native Americans?”

Veil of Silence Lifted in Indonesia

Indonesians reclaim their shared history through art performance and new publications, including testimonies and collective memoirs of those who survived the 1965-66 mass killings. These books provide another voice, counter to the official history in government-issued textbooks.

Indonesia Reacts to THE ACT OF KILLING Academy Nomination

“One’s perception should not be so heavily influenced by just that one film.”

Read about it here.

Our interview with Joshua Oppenheimer.

40 Years of Silence: An Indonesian Tragedy

A feature documentary about 4 families from Central Java and Bali who speak about their experiences of the 1965 mass killings.

For a limited time, you can stream 40 Years of Silence for free.

“This is a film about the imagination of a regime of terror today. It is not a historical documentary. It never pretends to be an exhaustive account of the events of 1965. It seeks to understand the impact of the killing and terror today, on individuals and institutions. It helps to break a 47-year silence, so that the truth of what happened can start to come out.”

The Murders of Gonzago, by Errol Morris

Errol Morris, executive producer for THE ACT OF KILLING, says “there is a method to Oppenheimer’s madness—the idea that by re-enacting the murders, he, the viewers of the movie, and the various perpetrators recruited to participate could become reconnected to a history that had nearly vanished into a crepuscular past.”

Read the essay on Slate.

NOTHING TO SEE HERE
A set of films that see hushed systemic injustices unveiled.

Werner Herzog and Josh Oppenheimer on THE ACT OF KILLING, Genocide, and Remorse

“The crew said, ‘You must film this. No one has ever filmed this. It happens every day.’ So I didn’t feel complicit. I made Hermann [one of the gangsters] walk away, and I stayed to have them sign release forms. But what I also did was pay them back. There were 30 shakedowns that day, each for $50. It was an expensive day.” – Oppenheimer to Esquire

“Innovative it may be, but the film has a flaw…”

Find out more on The Diplomat.

Behind the Scrim of Humanity

A probing new interview with Joshua from Galo Magazine.

Read how THE ACT OF KILLING has resurrected memories of 20th century Asia.

"Bone-chilling... fact and fiction meeting head on with quietly earth-shattering results."
The Guardian

"Thanks to the documentary genre, I have watched hundreds of hours of war crimes, genocides and miscarriages of justice carried out by unremarkable men with dimly lit souls. "The Act of Killing" bids to outdo them all."
Roger Ebert.com