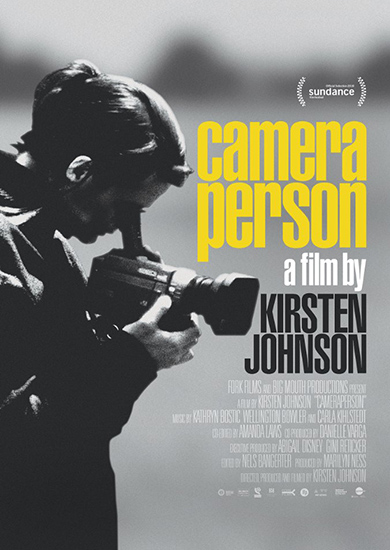 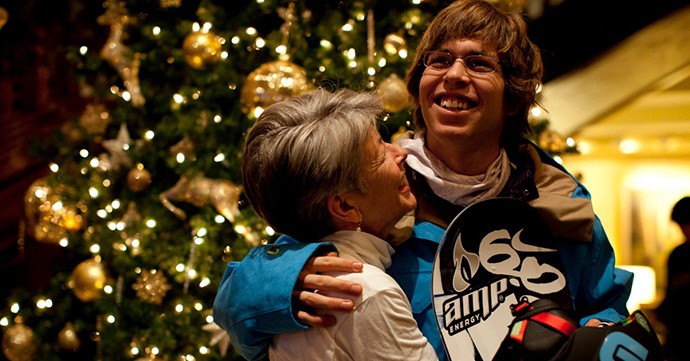 Our film of the month for March is Lucy Walker’s THE CRASH REEL which tracks the exhilarating and inspiring journey of U.S. champion snowboarder Kevin Pearce, whose fast-hurtling career is halted by a near fatal crash that leaves him with a traumatic brain injury. This film is so much more than a winter sports flick – it explores passion, drive, and when to draw the line, life transformative experiences, is an inspiring story for anyone whose life has been touched by Traumatic Brain Injury, and celebrates the power, strength and support of family and friends.

Given that our founder Cristina is also a mother of four wonder-boys, the character in the film that really stuck out to us here at Influence Film Club was Kevin’s mother Pia, so we couldn’t wait to take a moment to find out more about her experience of the film and how she has fostered such the genuine family bond that we all take witness to and admire in THE CRASH REEL.

The Crash Reel is a film about so much more than snowboarding – it is about dedication, drive, traumatic brain injury, and also very much about family. What were your initial thoughts around the idea of making a documentary about Kevin’s experience – and ultimately about your family?

My initial thought was that Kevin’s story about his injury and his amazing recovery were a tale very much worth telling. I really did not expect that the film would include as much about our family as it does. But because the film has had such a positive impact, I am very grateful that Lucy Walker (Director), Julian Cautherley (Producer) and their team made such a powerful documentary.

Lucy met Kevin after his injury, and became a part of a healing process that often occurs behind closed doors. What was your experience having these intimate family moments revealed?

Because Lucy operates with a very small team and is such a sensitive and thoughtful person, it really did not feel like an imposition to have her filming some intimate parts of our family interactions. Some of the footage for the documentary was shot by our son Adam who wanted to capture some of the more touching moments of Kevin’s recovery. Of utmost importance to me was to portray an accurate, honest and truthful picture of the process of Kevin’s recovery. I feel Lucy and Julian did an amazing job bringing all of this to life on the screen.

Did the documentary have any effect on the healing process for your family?

I think one of the benefits of the documentary for our family has been seeing how something so difficult and challenging can end up having such a very positive impact on a number of other families and people struggling with similar issues. It has been very rewarding to know that something beneficial can come out of a life changing experience that at first seemed so unexpected and so frightening.

You have four sons, and the film portrays your family as incredibly tight knit – even during the most challenging moments you speak to each other from the heart with kindness and respect. One of the most striking moments is when your son David, who has Down syndrome, asks Kevin not to go back to professional snowboarding. Is there something you would recommend to other parents to foster this type of communication and bond?

My suggestion to other parents in terms of fostering family communication, is to promote and encourage each person to share their feelings in an open environment that includes respect and understanding. I think it’s important for each person in the family to feel heard understood and seen by others. In our family, we make an effort to not shy away from difficult conversations, but rather promote being open and honest with each other.

What are some of the most important things you have learned that family and friends can do to support someone with brain injury?

One of the most important things that friends and family can do to support someone with a brain injury, is to realize that the recovery is a “marathon and not a sprint.” The process is a life-time effort and both patience and support are essential. Most helpful has been our friends and family who have been with us for the very long haul of recovery with both understanding and kindness. Support for healthy choices like food, drinks and exercise are also very important. Kevin has been so fortunate to have FRENDS who really have stood by him through this ordeal. They have been open and willing to learn what kinds of things support his recovery and what does not.

Often after watching documentaries, people feel moved to learn more, take action or get involved in some way. Is there anything that you recommend to people who feel inspired by Kevin’s story?

One of the best things to come from our experience with Kevin’s traumatic brain injury is our Love Your Brain Foundation. We welcome support, involvement and participation by others. Kevin is now doing a significant amount of public speaking and sharing information about what it means to truly “love your brain,” as his story continues to inspire and touch so many lives. Adam is the executive director of the foundation and he and his team are making access to yoga available to people who have sustained traumatic brain injury.

The work they are doing is already having an incredibly positive impact on many individuals and families.

THE CRASH REEL is Influence Film Club’s featured film for March. Each month Influence Film Club hand-picks one of our favorite docs as our club’s featured film to watch and discuss together.  Throughout the month, starting with our newsletter and continuing on our website and social media we will extend the conversation by exploring the various issues touched on in the film, providing filmmaker interviews, suggesting ways to Influence, and discussing documentaries in general – because after all, We Love Docs.