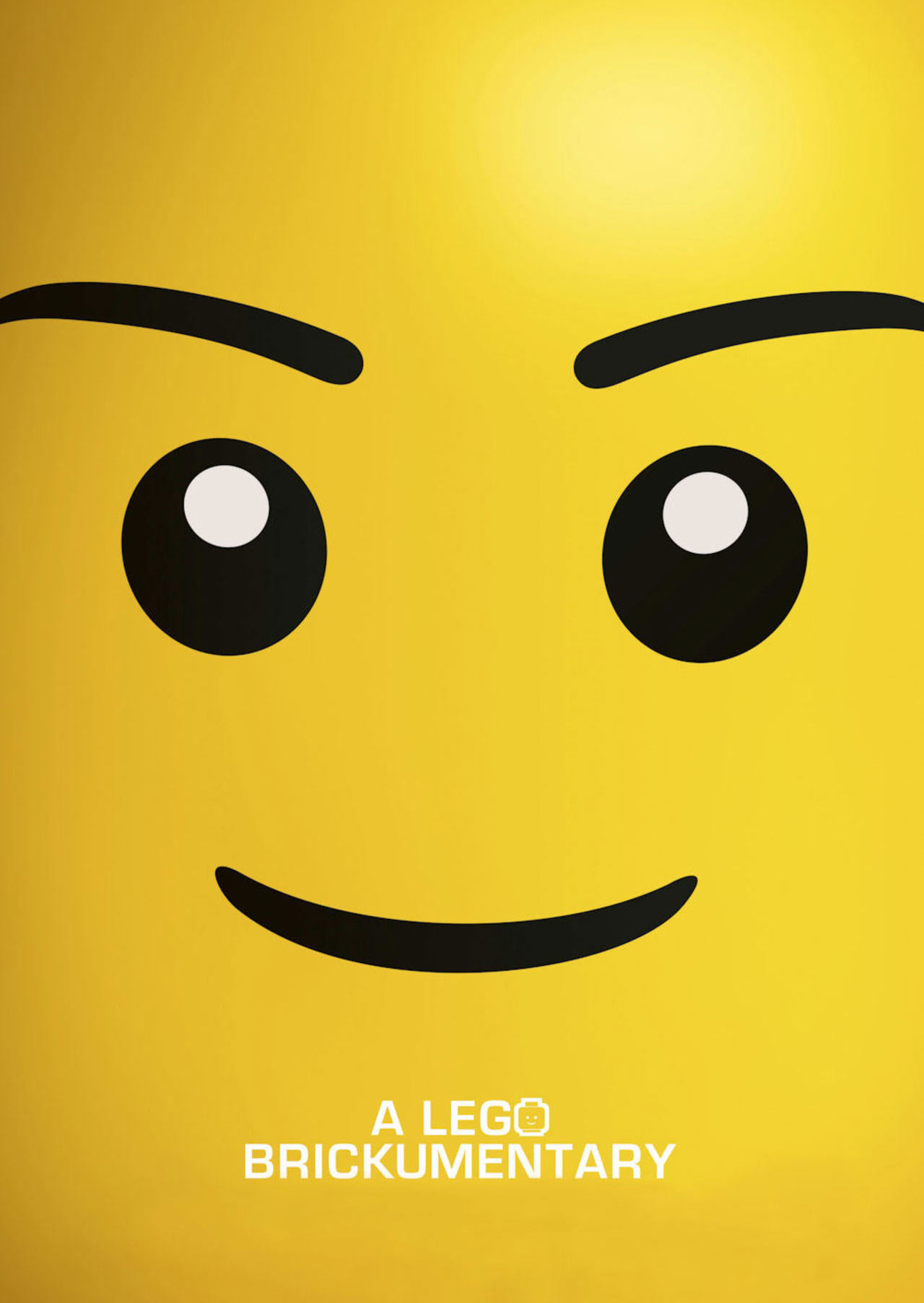 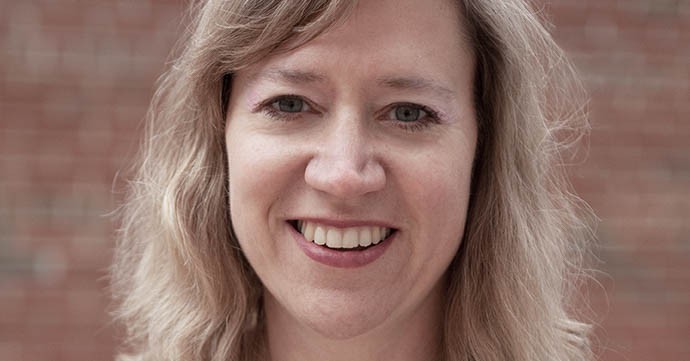 We owe our exceptional October film E-TEAM to another special “team”: directors Katy Chevigny and Ross Kauffman, who joined forces to bring to us a film, driven by characters that could easily be featured in any James Bond blockbuster. But in keeping with the motto “lady’s first” let’s have a closer look at Katy for now – both James and Ross would agree. After more than 15 years of experience in documentary filmmaking, her credits include acclaimed films like “Election Day” and “Deadline”. Her provocative and engaging social-issue documentaries partly come into being at the creative think tank of Big Mouth Productions, which she co-founded in the late 1990s, while the power of everyday life has gained her attention (at least since she’s become a mom). Her most recent film, E-TEAM, reflects both sides of the coin, portraying four people living extraordinarily ordinary lives.

I think the accessibility of people’s real lives is what drew me to documentary film. The fact that if you spend time with real people you can find stories and characters that are fascinating, warm and real is endlessly appealing to me. I also love that there are certain moments in documentaries where the realness is so striking, as in “You couldn’t write this.” It’s often the lucky accident of these moments that makes documentaries so vivid and arresting.

I started out in social services working with Vietnamese refugees, and then fell in love with filmmaking. I think if I were to identify a thread in my career it would be seeking a connection with people whom you might not connect with otherwise. I also enjoy the juxtaposition of the ordinary and extraordinary – either ordinary moments within extraordinary situations, or something extraordinary occurring within something apparently ordinary. I also have a deep belief that ordinary, not-famous people are just as compelling to watch (sometimes more so) than famous people. Sometimes it’s harder to raise money for films about ordinary people, but they are my preferred subject. Finally – and this is something that Ross and I share – I always want to seek out the joy, beauty and humor that occurs in regular life, even in the midst of an apparently miserable situation. I think filmmakers too often shape their films around simple and clear emotional moments, but I find that often there’s a confusing but very natural mixture of emotions and tones within any given situation. I like finding situations where the nuanced or mixed emotions are present – joy, anger, humor, misery – they all can get jumbled up together in real life.

Is your experience with E-TEAM like any of the other filmmaking experience you have had? Was there anything that stood out about the experience?

Each film is very distinct, in my experience. E-TEAM was different in many ways from past films. One significant difference in making E-TEAM was that many of us, including both Ross and myself, had children during the making of the film! So did each of the E-Team members. This required a lot of flexibility among all of us in terms of sharing workload and being flexible about schedule. It also affected my sensibility somewhat, in ways that I can’t exactly articulate, but I can say that having children to care for while also having the pressure to finish a film does help you focus on your priorities and what you want to accomplish. Another way of putting it is that I think that the theme of family plays as a backdrop to the main narrative of the film, as demonstrated by how the film features people raising children in the midst of war and while conducting human rights investigations in Syria, for example.

E-TEAM was also different than other films I’ve worked on because we were combining material from the field, which was very intense, with footage of the E-Team members at home, which had a very different feeling and atmosphere. Ross and I were committed from the start of the project to include both home and field footage, and we knew that editing them together would be challenging. Fortunately, we had a fantastic editor on board to help with that task (in the form of David Teague) and he was able to interweave those two sensibilities into the film in a way that works.

Both you and Ross have a history in documentary filmmaking but for the work on E-Team you decided to join forces. How and why did that come about and how did the story of the film develop?

E-TEAM came about because Ross and I were looking for a film to collaborate on together. We’ve known each other for years and have worked in different capacities on each other’s films. I’ve produced some of his work and he’s shot some of my work and E-TEAM was appealing to us as an opportunity to work together. And the story of the film came out of our meeting of the members of the E-Team over dinner. Neither Ross or I had any interest in making a film that preached the gospel of human rights, but when we met and talked with Anna, Ole, Fred and Peter, we were completely engaged. They were funny, smart, experienced and adventurous. We suddenly felt like it would be fun and interesting to make a movie about them. We had no idea what they’d be investigating or how the film would unfold – we were attracted to them as characters. And we also knew that characters like them would help draw audiences to the issue of human rights in possibly new ways.

Rather than dissecting the ins-and-outs of human rights investigations or addressing injustices, E-Team gets up close with four individuals, working to make the intolerable tolerable. How was it to disconnect after having spent a long, intense time together with your documentary subjects and how do you as filmmaker deal with the suffering and desperation you witness?

There were many joys and privileges that came with the making of E-TEAM and some of the biggest were getting to spend so much time with the investigators themselves. We stayed at their homes and ate meals with them and met their families, all of which was great for us. It’s actually very hard to end the film, knowing that now we don’t have any good excuse to spend time with the E-Team anymore! It’s often one of the hardest things about finishing a film, and it’s certainly the case here. We are all still in touch and I think we’re still looking for good reasons to keep working together, albeit in a much less constant capacity.

In terms of the suffering that we documented, we were very mindful in the edit room to be cautious of how much of that very difficult material we included in the final film. We had some early cuts of the film that were so painful to watch, we felt we’d be traumatizing audiences if we shared that much horror. So we had to strike a balance. We had to show enough suffering so that the crisis felt vivid and compelling to viewers, but not so much that the viewer was bombarded with it.

Often after watching documentaries, people feel moved to learn more, take action or get involved in some way. Is there anything that you recommend to people who feel inspired by E-Team?

One action we recommend to those interested viewers is that they start following the work of human rights groups, which is easy today thanks to social media. It doesn’t have to be Human Rights Watch, which is where the E-Team is employed, but it could be any other organization. The members of the E-Team have extremely active and important Twitter feeds that share breaking human rights news and that often include calls to action. And if viewers get involved by simply sharing and retweeting the information from these social media feeds, they can help to frame the world’s crises in human rights terms.

My favorites change over time, but right now I’m really crazy about Debra Granik’s documentary STRAY DOG, which played at theaters earlier this year. I also recently saw STORIES WE TELL by Sarah Polley and was blown away by how good it was. I’m not sure how either Debra or Sarah managed to make those films as good as they are. I would also put CUTIE AND THE BOXER and THE OATH among my favorites in recent years. Before I was a filmmaker, I was influenced by Steve James’ HOOP DREAMS along with Marlon Rigg’s genre-bending classic BLACK IS, BLACK AIN’T.

E-TEAM is Influence Film Club’s featured film for October. Each month Influence Film Club hand-picks one of our favorite docs as our club’s featured film to watch and discuss together.  Throughout the month, starting with our newsletter and continuing on our website and social media we will extend the conversation by exploring the various issues touched on in the film, providing filmmaker interviews, suggesting ways to Influence, and discussing documentaries in general – because after all, We Love Docs.