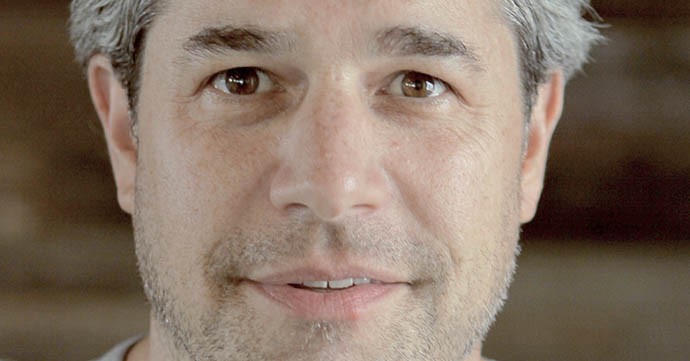 As a long time defender of the book stores I couldn’t help but feel a bit pleased discovering that we owe it to nothing less than a second-hand bookshop that Ross Kauffman became the acclaimed filmmaker he is today. The co-director of E-TEAM, our engrossing film of the month, can already look back at an impressive non-fiction filmography, crowned by the awarding of the Oscar for BORN INTO BROTHELS in 2005. Like this portray of several unforgettable children of prostitutes living in the red light district of Calcutta, Ross’ documentaries often focus on children and unusual families. With his latest project E-TEAM he adds a piece to this collection, taking us behind the scenes of the lives of four human rights investigators in the field as well as at home.

The people and the places. I’ve had the opportunity to travel the world and meet people from the most varied backgrounds. It’s an honor.

You are director to another film we feature on our site, Born Into Brothels. Can you tell us a bit about your history with documentaries? Is there a red thread that has followed you throughout your career?

I had no idea what I wanted to do with my life. During the summer between my junior and senior year at college I ventured into a second hand bookstore and came across a book entitled “The Elements of Film”, by Lee F. Bobker. I bought the book and read through the entire text in one sitting. It was mostly about narrative filmmaking and referenced all the great masters of film (Kurosawa, Fellini, Bergman, David Lean, etc.) The next day, I returned to the store and bought three more books about filmmaking. My film education had officially begun. I wasn’t aware of or that interested in documentaries at the time. I was keen on narrative films.

Almost everything I was reading about narrative filmmaking stated that one of the best ways to learn how to tell stories was to edit documentaries and independent features. David Lean, Robert Wise and Hal Ashby started as editors. So in 1992, after two years of commercial production work in New York City, I switched gears and started an editing internship at a documentary/independent film editing house working mostly on verité documentaries. Editing documentary footage was fascinating, difficult, and an excellent education in storytelling. Documentaries became my focus. Then, I got tired of being in an editing room alone all day and started shooting and directing. That’s when Born Into Brothels started.

I can’t really think of any thread that has followed me throughout my career. I just like to tell stories with an emotional center. I’m not an activist, just a filmmaker who enjoys bringing out the empathy in an audience. I love making people laugh and cry.

E-Team is – in many respects – an exceptional film. Has making this documentary changed you in a way?

I’ve never really filmed people/characters from my own peer group. It’s always been going to far off lands and filming people that I normally wouldn’t interact with. Though I often keep in touch with people from the films I make, with the people from E-TEAM it’s different. One of the great things that came out of E-TEAM is that I now consider Anna, Ole, Fred and Peter friends. I’ve really come to the point where I appreciate and cherish the opportunity to meet and befriend people that I have a chance to interact with through this job.

Before seeing E-Team I was well aware of the work the Human Rights Watch is doing but not specifically of its team of investigators. How did you come across the story and what sparked your interest?

I was walking on The High Line in NYC one day and ran into a friend who has her hands in both the film business and the human rights world. She asked what I was up to, and I told her that Katy Chevigny and I were looking for projects to collaborate on. That’s when she told me that Human Rights Watch [HRW] was curious about the idea of making a film. We went in and met with Carroll Bogert [currently the Deputy Executive Director, External Relations of HRW] and we were very clear with her: if we made a film about HRW, we would need to have total creative control to show HRW and their work, warts and all. The question was, “How do we tell this story?”  Then we met the E-Team. We went out to dinner with them in NYC and we instantly knew that they were a very charismatic and varied group of people and that we had great characters for a film. We thought that if their work was a fraction as interesting as they were, that we would have a worthwhile film on our hands.

I was just speaking with a colleague the other day and she brought up E-TEAM. She said it has totally changed the way she views the world and the people trying to change it. People hear the words, “Human Rights Activist” and most times it washes over them. What does the term “Human Rights Activist” mean? After seeing the film, people seem to have a sense that things can change for the better and that it takes regular people like us to get up and do something out of the ordinary.

Katy and I have a saying that we like to “trick people into caring.” All that means is that if we can connect them emotionally to our characters, then hopefully the audience will care about what our characters care about. Anna, Ole, Fred and Peter are all passionate people about human rights. I don’t like to push anyone into action. If I’ve made a movie and it helps them click on a link to a website about human rights watch, that is a win. On the extreme end, if I’ve had anything to do with someone changing their vocation in order to help and change the world for the better, that is also a win. Change can come in so many different forms, and every little bit, every little step counts.

That’s a hard question to answer. But here goes:

The Fog of War

E-TEAM is Influence Film Club’s featured film for October. Each month Influence Film Club hand-picks one of our favorite docs as our club’s featured film to watch and discuss together.  Throughout the month, starting with our newsletter and continuing on our website and social media we will extend the conversation by exploring the various issues touched on in the film, providing filmmaker interviews, suggesting ways to Influence, and discussing documentaries in general – because after all, We Love Docs.