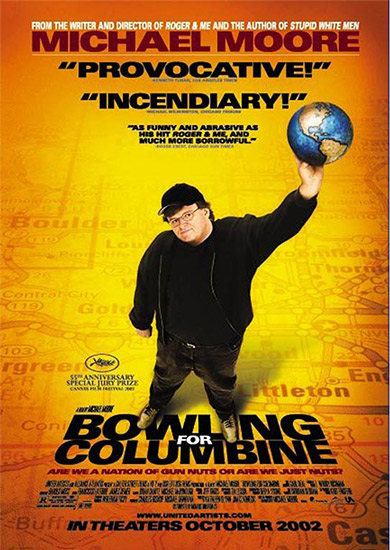 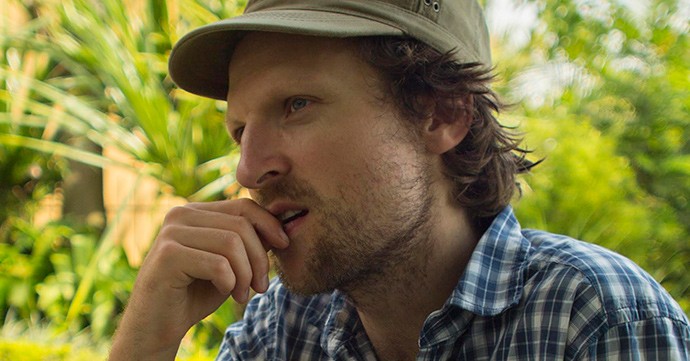 When Influence Film decided that we needed to start a monthly Film Club of our own, it was pretty obvious that VIRUNGA was at the top of our list to start out 2015. We watched it, we loved it, and the film deals with a gamut of issues that are worth discussing.

To start the month out right, we want to introduce you to Virunga’s director Orlando Von Einsiedel – With his documentaries spanning Africa, Asia, America and the Arctic, winning numerous awards, screening at the world’s top film festivals and encompassing everything from a skateboard school in Kabul to the tracking and arrest of pirates in West Africa, you could genuinely say that Orlando’s filmography thus far is down right impressive. Praised by critics for his fearless filmmaking and strong sense of the people and places he covers, Orlando’s eye for striking shots, combined with his compelling global investigations into social issues, have ensured that he is unequivocally an original and talented filmmaker on the rise.

There are so many incredible people in the world. As a documentary maker I feel honoured that I get to follow such inspiring people’s lives and tell their stories. And, if in sharing these people’s brilliant lives with audiences across the globe, it can in a small way make our world a little bit better, it makes me a very happy person.

I cut my teeth in documentary filmmaking by producing journalist investigations for a number of years. I moved away from them after a while and began to concentrate more on verite films that were more positive in tone. For a long time I was most interested in looking for inspiring and hopeful stories in places more known for much more negative elements.

It was a story of hope and rebirth that led me first to Virunga although the situation on the ground changed quite rapidly shortly after I arrived and the film became something quite different. In the end, I was forced to bring the two elements of my filmmaking together (journalistic investigative work and vérité techniques) in order to wrestle the narrative into something coherent and adequately tell a story of oppositions – hope verses greed.

Is your experience with Virunga like any of the other filmmaking experience you have had? Was there anything that stood out about the experience?

This project has really been unique and I can honestly say I’ve never experienced anything quite like it; from the dangers involved in the investigation and working throughout the war through to incredible moments with the park’s stunning wildlife and mountain gorillas. That said, the thing that stood out the most is the bravery of the park’s rangers. I’ve never met people with more honor and integrity. Over 140 have died in the line of duty in the past 15 years. I found it deeply humbling to work with these are men and women who are willing to get up each day and willingly put their lives on the line for something bigger than themselves. Virunga National Park holds the keys to the economic development of the entire region and with that comes the real potential for long-term stability and peace in a region that’s experienced 20 years of war. The rangers know this only too well.

Virunga is a beautifully shot documentary that plays more like a thriller than your typical doc – how did you come across the story of the film, and how did it develop?

As I mentioned before, I first went to Virunga National Park because I was interested in trying to tell a positive and hopeful story from Congo. The story of the park’s ambitious development projects and the rangers protecting mountain gorillas in order to drive forwards economic prosperity and peace to the region was just that. It wasn’t long however before the story started to take a u-turn with a new civil war beginning right in the park itself and a British oil company illegally exploring for oil in the park in the midst of this rapidly deteriorating security situation. As a documentary maker you need to be able to let the story take you in different directions to what you originally anticipated.

I think there are two main things that people recognize. Firstly, they understand that what is happening in Virunga National Park really is a metaphor for a process happening throughout the world to protected areas. Secondly, they realize that if somewhere as iconic and important as Virunga National Park falls in the face of corporate interests, what is left on our planet that can be protected?

Often after watching documentaries, people wonder what the one most important thing they can do is? What is this one thing you would recommend to someone after watching Virunga?

I would ask everyone to visit our website – virungamovie.com. There are a number of small actions we suggest people to do if they have been affected by the issues within the film and want to engage:

-Spread the word far and wide about the film and the issues at its heart
-Sign up to our website so that we can keep you informed about actions to support the park
-Donate directly to the park itself at virunga.org/donate
-Check your shares, pension schemes, insurance etc. You may not be directly invested in SOCO International but you will probably have shares in one of their institutional shareholders as many of them are household names – a full list of these companies is available to download on our website – and if you do, we ask that you write to them and ask them what pressure they are putting on SOCO to unconditionally withdraw from Virunga National Park and to adequately address the allegations put to them in the film.

Are there any other important actions people can can take? On a small scale (ie sign a petition, buy eco-chocolate, etc)? What about on a big scale (donate funds, write letters, visit the area, etc)?

If there was one other thing I would say, it would be to go and visit the park. Since the film was finished the security situation has actually dramatically improved in the region and both gorilla treks and hikes to the top of the stunning Nyiragongo volcano are open and safe. It’s obviously not like going on holiday in Spain but it is an experience you will never forget and it directly benefits the park and the rangers. It’s hard to describe just how life affirming it is staring into the eyes of one of the 880 mountain gorilla left on the planet. You can get more info about this at visitvirunga.org

What are the six best documentaries…

…to watch if you loved Virunga? Why?

–The Cove: A great example of a film using an exciting premise (a heist narrative) and a strong story to put forward a social issue and with that, bring a wider audience to the film.

-The Ambassador: Ingenious use of undercover cameras.

-Darwin’s Nightmare: Excellent film showing the complex relationships between, and motivations of, different (and often foreign) power brokers in Africa’s Great Lakes region and how the end result often leads to poverty and misery for local people.

-The Monkey In The Machine and the Machine in the Monkey: A film that really shows the connectedness and importance of Congo to the wider world.

–Blackfish: A powerful thriller narrative about humans’ treatment of animals.

–Big Men: A unique story about oil exploration and exploitation in Africa from the point of view of the oil industry.

VIRUNGA is Influence Film Club’s featured film for January. Each month Influence Film Club hand-picks one of our favorite docs as our club’s featured film to watch and discuss together.  Throughout the month, starting with our newsletter and continuing on our website and social media we will extend the conversation by exploring the various issues touched on in the film, providing filmmaker interviews, suggesting ways to Influence, and discussing documentaries in general – because after all, We Love Docs.