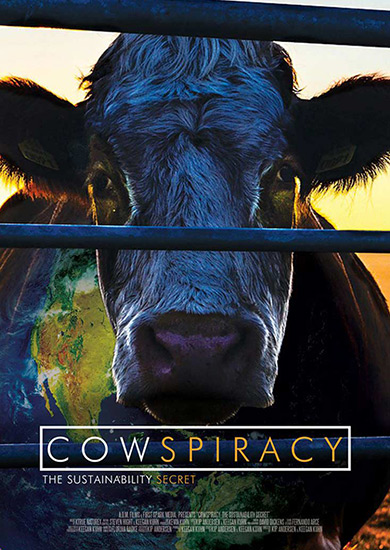 “The documentary form is one of the freest in cinema, while also being gloriously beholden to the ineffable weight of the real world and the delicate needs of real lives. This tension between limitless formal possibility and necessary moral constraint gives nonfiction a rare power…” – Robert Greene

People often forget that documentary is not a film genre, but the formal result of entrusting truth with enough structure to tell a story cinematically. Within non-fiction filmmaking there are documentaries that span the spectrum of genre, from war film (see Restrepo) to sports thriller (Hoop Dreams) through absurdist comedy (Gates of Heaven) and beyond, but when compared to these films’ fictional counterparts, there are a series of formal styles that documentaries most often embrace as the result of filmmaker intention and situational circumstance that are strictly inherent of the form, most notably the talking head, cinéma vérité and the archival compendium.

In academia these formal styles are broken down further into six types of cinematic non-fiction – poetic, expository, observational, participatory, reflexive and performative. While it’s true that some films may ride the line between the various types of documentaries, most can be categorized quite easily.

Poetic docs can be identified by their lack of characterial focus and narrative structure, often relying instead upon a lyrically associative form, impressionistic and essayistic. Godfrey Reggio’s monumental, environmentally minded KOYAANISQATSI is a perfect example. Riffing on the aesthetics of the traditional city symphony, the film comments on the impact of modernization on our planet through poetics rather than exposition. Its formal counterpoint then would be the expository smash hit MARCH OF THE PENGUINS, which documents the life of penguins with the god-like guidance of its narrator Morgan Freeman.

As one might expect, observational docs are typified by their hands off approach to filming their subjects, taking pains to remain non-interventional and typically remain free of any narrative commentary or the like. Philip Gröning’s INTO GREAT SILENCE is a wonderfully austere example of this style, simply documenting the routines of the devout monks who live within the Grande Chartreuse. The opposite of this approach might be exemplified by the participatory FINDING VIVIAN MAIER, in which John Maloof, the film’s co-director, places himself within the detective narrative of the posthumous discovery of the street photographer Vivian Maier. As in all participatory films, the filmmaker’s presence within the narrative is essential to the telling of the story.

Harder to discern is the reflexive and performative doc. While the Maysles brothers made a name for themselves as pioneers of direct cinema, their singular film GREY GARDENS reminds audiences to remember to question what they are seeing on screen. By drawing attention to the fact that what one is watching is in fact a film of questionable representation via performance and construction, they pushed the reflexive doc forward. Comparatively, Joshua Oppenheimer’s shocking depiction of the lingering cultural effects of the Indonesian killings of 1965–66, THE ACT OF KILLING is the quintessential performative doc. Pushing the limits of subjective experience by having his subjects, each former death-squad leaders, literally perform reenactments of their previous acts of murder, the film uses formal experimentation and personal accounts to simultaneously conjure visceral emotional responses while commenting on the horrific political situation that remains in Indonesia.

Though just a divisional taste of the forms that documentary films may take, these six films give you a glimpse of academia. As you take in more non-fiction films, try to discern which of these categories films fit in – poetic, expository, observational, participatory, reflexive or performative?

Koyaanisqatsi
Created between 1975 and 1982, KOYAANISQATSI (“life out of balance”) is an apocalyptic vision of the collision of two different worlds — urban life and technology versus the environment – complete with musical score by Philip Glass.

March of the Penguins
MARCH OF THE PENGUINS documents the emperor penguins annual journey taking them hundreds of miles across the brutal Antarctic landscape through the harshest weather conditions on earth – risking starvation and attack by dangerous predators in the quest for love and life.

Finding Vivian Maier
The discovery of over 100,000 photographs hidden away in various storage lockers unveiled the story of Vivian Maier, a mysterious nanny, who is now considered one of the 20th century’s greatest street photographers.

Grey Gardens
In GREY GARDENS we meet Big and Little Edie Beale—mother and daughter, high-society dropouts, reclusive cousins of Jackie O.—thriving together amid the decay and disorder of their ramshackle East Hampton mansion.

The Act of Killing
THE ACT OF KILLING follows former Indonesian death squad leaders as they are challenged to re-enact the real-life mass killings in the cinematic genres of their choice, from classic Hollywood crime scenarios to lavish musical numbers.