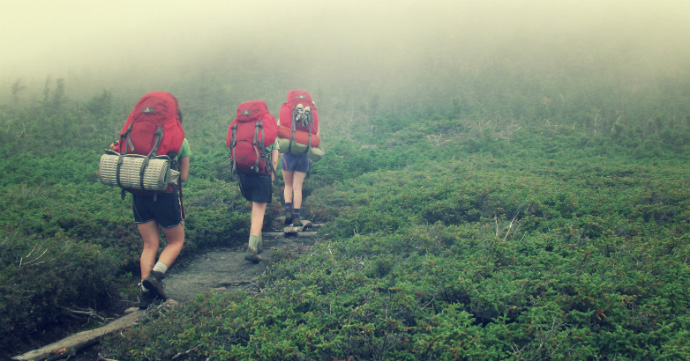 Documentary Playlist: In Their Own Hands

“How true Daddy’s words were when he said: all children must look after their own upbringing. Parents can only give good advice or put them on the right paths, but the final forming of a person’s character lies in their own hands.”

Creativity. Fairness. Humility. Forgiveness. Honesty. Spirituality. Optimism. These are but a few of a long, long list of traits that make up that slippery thing we refer to as a person’s character. The Merriam-Webster Dictionary definitions are a bit more refined: “One of the attributes or features that make up and distinguish an individual”; or a “main or essential nature especially as strongly marked and serving to distinguish.” It’s really a matter of definition itself.

These are the virtues or imperfections that make up and differentiate each and every individual the world over, and it just so happens that documentary film is an extraordinary form for highlighting the characteristics that make people extraordinary. In celebration of Character Day, these six films explore the vast spectrum of human character traits.

In the incredible NOTES ON BLINDNESS, professor John Hull is depicted as an exemplar of perspective, a love of learning, and perseverance as we witness his journey into darkness as he loses his sense of sight midway through his career at the University of Birmingham. Using his personal audio journals and interviews with his wife, the film allows us to experience how his view of everyday life drastically changed, yet thanks to his love of research and education, he found new ways to navigate the woolly world of academics. Blindness be damned.

Death row inmate Nick Yarris, the magnetic subject of the winding crime yarn THE FEAR OF 13, is the living definition of adaptability, forgiveness, and humility. Structured as a juicy soliloquy recounted by Yarris himself, his youthful life of crime and knack for telling white lies led him to be nailed for a murder he didn’t commit. Yet, his dire situation did not break him. Behind bars he found clemency, and in books he found the knowledge that allowed him to change.

Another individual put behind bars, Chinese activist Ye Haiyan, the namesake and soul at the center of HOOLIGAN SPARROW, was unjustly imprisoned for her dissent of sexual abuse and the inaction against it by the Chinese government. Her selfless bravery and raw honesty made her an international icon of resistance at the cost of her own freedom.

13TH deals with the dark side of the U.S. prison system, as it examines the history of racial inequality through today’s policy of forcing imprisoned persons to perform unpaid work. Speaking with intellectual acumen and a deep sense of empathy for their fellow men and women, human rights activists Angela Davis, Bryan Stevenson, Van Jones, and the many others interviewed throughout this monumental film are models of social responsibility, intelligence, fairness, and leadership. Without powerful voices for change like these, the world would be a far graver place.

As an inventive work of personal memoir, CAMERAPERSON reveals filmmaker Kirsten Johnson’s precarious perspective behind the lens as she attempts to capture the heartrending and harrowing events taking place before her eyes. It’s both an immersive depiction of humanity in all its messiness and a powerful portrait that regards its director as an empathetic, trusting, and ultimately, wildly creative individual hungry for adventure.

In celebration of Character Day, commemorate the occasion with this series of films that exude character through and through, investigating the essence of what makes us each human in our own unique ways.

Wisdom – Notes On Blindness
Following the award-winning short film of the same name, the feature version of NOTES ON BLINDNESS documents John Hull’s extraordinary journey into “a world beyond sight,” utilizing his own audio material and a creatively inspired take on the documentary medium in order to understand his transition to blindness.

Courage – Hooligan Sparrow
State surveillance. Harassment. Imprisonment. HOOLIGAN SPARROW follows the Chinese activist Ye Haiyan, AKA Sparrow, as she seeks justice for six school girls who were sexually abused by their principal and continues fighting for the rights of sex workers.

Humanity – Cameraperson
As a visually radical memoir, CAMERAPERSON draws on the remarkable footage that filmmaker Kirsten Johnson has shot for other filmmakers and reframes it in ways that illuminate moments and situations that have personally affected her.

Justice – 13th
America makes up 5% of the world’s population, yet locks up 25% of the world’s prisoners. 40% are black men. 13TH gives an in-depth look at the prison system in the United States and how it reveals the nation’s history of racial inequality.

Temperance – The Fear of 13
THE FEAR OF 13 is a psychological thriller, where Nick, a death row inmate, petitions the court to be executed. As he goes on to tell his story, it gradually becomes clear that nothing is quite what it seems. His story has all the twists and turns of classic crime drama with a final shocking twist casts everything in a new light.

Transcendence – Sky Ladder
The Sky Ladder is a 1,650-foot ladder of fire climbing into the skies above artist Cai Guo-Qiang’s hometown. Told through the artist’s own words and those of family, friends, and observers, the film tracks Cai’s meteoric rise and examines why he engineers artworks that loom as far as the eye can see.